Posted by Espere Healthcare on September 03, 2021

Every parent is familiar with disturbed nights, especially during the first couple of months of parenthood.  But just imagine if your child is one of the 10% to 20% of children who suffer from eczema. The intense irritation and continuous scratching means they rarely get a normal night’s sleep. These disturbed nights can go on for many years, and can be very disruptive to the whole family.  In most cases, however, the eczema gradually becomes less of a problem and most children eventually grow out of it.

But spare a thought for those whose eczema doesn’t gradually fade away and their condition continues through the teenage years into adulthood.  The severe itching and redness and the constant scratching which can lead to secondary infections doesn’t abate. Of course the itching and scratching is annoying and a hindrance, but it goes way beyond that and eczema can have a dramatic effect on the sufferer’s quality of life at night as well as by day.

The effect of eczema on adults was the focus of a report in 2009 which highlighted some of the frequently underestimated problems these patients face.

Itching is the major problem. Affecting 83% of the adults in the study, itching can be so intensive that it significantly disrupts patient’s lives.

For instance the study showed that :

However 81% of patients experienced difficulty falling asleep due to the itchingWe all need our sleep; it helps restore us for the day ahead. Anyone who’s had a disturbed night knows only too well the effect it can have on both mental and physical abilities. Now imagine having disrupted sleep for weeks and weeks on end. Well that’s what happens if you suffer from eczema.

Fortunately there is help at hand because a group of research doctors carried out one of the few studies ever undertaken on adults suffering with eczema. The study demonstrated clearly that patients wearing DermaSilk Therapeutic Clothing experienced a significant reduction in itch scores compared even to cotton clothing.

More importantly, the study showed that wearing DermaSilk pyjamas at night helps calm skin inflammation, reduces itching and significantly increases the chance of a good night’s sleep.“This is very important for adult patients”, said Chris Steeples, joint MD of Espère Healthcare Ltd. “Many adult patients consider themselves to be the forgotten minority as the main focus of medical attention is eczema in children. Their journey through life with eczema is almost certainly going to be a long haul. Adding DermaSilk to their treatment regime helps relieve both itching and flares of inflammation. All DermaSilk garments are protected from bacterial contamination by a permanently bonded antimicrobial system which reduces the potential for secondary skin infection – a real problem in eczema. We have some customers who are still using the same DermaSilk garments after 3 years which makes them very cost effective. Over a 3 year period the cost to the NHS would be equivalent to less than 7 pence per day”.

Since its introduction to the UK market in 2006 many thousands of children with eczema have benefited from DermaSilk’s innovative scientifically proven underclothes.

Perhaps it’s now time for the long suffering adult patients to claim their chance to a good night’s sleep?

To learn more about how DermaSilk can help with eczema visit our website.
DermaSilk

Alleviating the Symptoms of Chemo and Radiotherapy Treatment

Modern treatments for treating cancer are becoming more and more effective but many of them still carry side effects which can reduce a patient's quality of life. Sometimes the level of side effects can become so intolerable that the only course of action is to postpone or discontinue doses of chemo and radio therapy which obviously is not ideal. The aim of any treatment regime must be to allow the prescribed treatment to complete in the most appropriate time with the most appropriate doses. Radiotherapy treatment can induce "burns" on the surface of the skin where the dose is administered. This can happen immediately upon commencement of treatment or can happen up to several months after radiotherapy has been discontinued. Similarly, certain chemotherapeutic drugs can cause the patient to develop skin problems which may vary from acne-like spots to generalised lesions across the whole body. One of the worst side effects causes the palms of the hands and soles of

Managing eczema during certain situations can be difficult. Some children’s eczema flares during changing seasons due to many factors which may include changes in temperature, humidity and even allergies. Other’s may find their eczema flares during periods of stress. Espere’s Guide to Managing Eczema in Difficult Scenarios Summer Holidays Keeping children with eczema comfortable, safe and healthy during the summer can be a real challenge. Stay in the shade Shaded areas will not only help your little one to reduce the need for sunscreen but is also very important when trying to stay cool in warm weather. When not in the shade it is important to wear a hat and cover-up as much as possible to protect delicate areas of skin from harmful UV rays. Eczema friendly sun cream We should all aim to wear sun cream outside, even on cloudy days. Unfortunately, this can be difficult for eczema sufferers as many common sun creams contain ingredients that can cause reactions in sensitiv 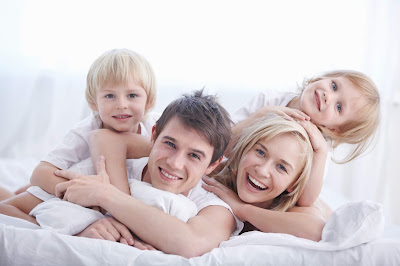 5 tips to help you get a good night's sleep

These are uncertain times and stress is one of the biggest causes for troubled sleep. In fact, it is estimated that 1 in 3 people suffer from lack of sleep leading to tiredness, irritability and lack of concentration. But did you know that it can have a profound effect on your physical health? We cannot function successfully without sufficient time to de-stress, recover and recharge. Here are 5 tips to help you get a good night's sleep. EXERCISE - Try not to exercise within 2 hours of going to bed.  It is proven that during a workout the body can typically get as hot as 40 degrees, causing the body to trigger its sweat mechanism to dissipate the excess heat. For those who work out towards the end of the day, the sweating can persist until well after bedtime.  NEWS - Unless necessary, avoid checking the news or social media before bed. Not only can this help lower anxiety, the blue light in our gadgets has been proven to inhibit a good night's sleep. ROUTINE - A